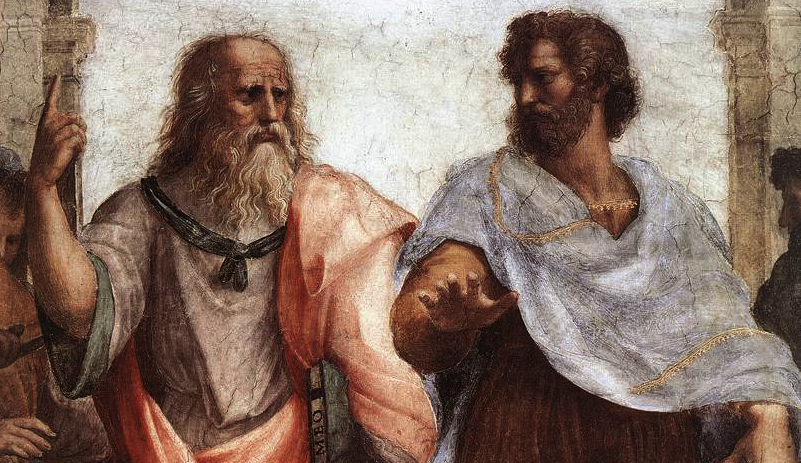 I was enjoying a one on one with the most recent addition to my team, Bruce, when I made an off-the-cuff remark about the way I think about communication and value within a remote company – this is something I think about a lot – specifically using Plato and Socrates as an example of what I meant.

It was the kind of moment where you realize no matter how long it’s been since you’ve been in a classroom, if you’re a philosophy major, you can’t escape it. Even so, it was one of those neat moments where my whole life coalesced together – Socrates and remote leadership? Sure, why not.

What I was saying to Bruce was this: if you’re working in a remote environment, creating value with your work is only one part of the equation. The second part, equally important to the first part, is ensuring that your value is communicated and distributed across the rest of the company or organization. This isn’t about self promotion; rather, this is about ensuring that any benefit you can create is enjoyed by the maximum number of your colleagues and comrades.

Everyone is pretty well familiar with Socrates, right? He said a lot of cool things, had a style of teaching named after him, he’s seen in a lot of ways as the father of modern Western philosophical thought. The thing about Socrates is, he never wrote anything down – he was a purely verbal guy, and he definitely created some waves in his locale.

He created a ton of value for the folks around him, and like many innovators, was not fully appreciated by the status quo. However, if it were not for Plato, that value would have remained locked in those relationships – when Socrates died, virtually all of that value would have died as well.

Plato is our force multiplier – we can argue whether or not he was as good a philosopher as Socrates, that’s not super important here – he recognized the value that Socrates was creating, and he captured it, in the form of the dialogues, play-like pieces that explained and explored Socrates and his thinking. We still read those dialogues today, thousands of years later.

We can see Plato’s work in the lens of aggressive transparency; he recognized value that existed but was not being captured in a way that would be accessible and evergreen to folks broadly (both geographically and temporally), and he captured it.

Aggressive transparency doesn’t just mean distributing value that you create yourself – it means maximizing the value for everyone, everywhere, everytime. Create  value, yes, absolutely – work hard, be inspired, make awesome stuff – but recognize that the value of what you make, what you do, should be stripped of limits and sent out into the universe – or at least your company wiki.